He left me for another woman: What do I do? 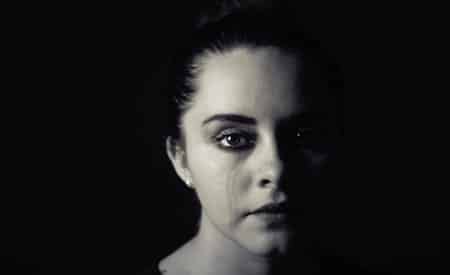 You’ve found out that not only did you lose the person you love, he is now dating someone else and it looks like he left you for her. Ouch. So now what? Is there anything you can do to turn things around? Is there any way to get your ex back from this new girl?

I spoke to a client this morning who said, “Adrian, he left me for another woman which means that it’s all over between us, right?” I’m going to tell you the same thing I told her. Rest assured, even if the man you love is with another woman now, it IS possible to get him back! There are just some do’s and don’ts that I will explain right here, and I am going to go over the best things to do when you find yourself in this type of situation…

He left me for another woman: Why?!

Before we dive into the nitty gritty, I wanted to take a moment to bring your attention to a very important detail. I often work with clients who tell me that they got dumped for someone else, but the fact of the matter is that your ex did not leave you for another person; they left you because they doubted your ability to make them happy in the long run.


If your ex began looking outside of your relationship in order to feel fulfilled, it means that there was something important missing and that is going to be the root of what we are going to be looking at today.

Avoid comparing after being dumped for someone else

One of the most dangerous and detrimental things you could do right now would be to compare yourself to this woman that your ex is with now. It’s a human response, but I can tell you right now that if you play into it, it’ll only do more good than harm.

I want you to keep in mind that you and your ex have history, and that doesn’t just disappear into thin air because another person entered into his life. If you’re allowing yourself to compare yourself to her, it’s only going to damage your self confidence and put your ex on a pedestal, which are basically the two biggest things we need to be careful with when trying to get someone back!

He left me for her: Approaching the situation the right way

The first thing we usually tell clients that are experiencing the pain of knowing that their ex is with another woman now, especially when they’re hoping to steal him back, is to begin focusing on controlling your emotions.

People who experience this often have a tendency to create stories in their head and this can be dangerous. I’ve had clients that came to me saying, “He left me for someone else, and he was cheating on me” when it fact this was not the case at all and the ex in question had met his new girlfriend after the breakup had happened. Regardless of the situation, the important thing is to NOT fixate on this other person.

READ THIS
My Ex Is Lying : 3 Pro Tips To React The Perfect Way !

It’s too easy to drive yourself nuts with thoughts about her, comparing yourself to her, stalking her on Instagram and Facebook… I mean, this is just twisting the knife in an already very painful wound.

So instead of this, we are going to start focusing our energy elsewhere.

Getting dumped by someone you love for another person

As I was saying, steer clear of making up stories in your head. One of my clients was telling me that she was sure that her ex boyfriend had a better connection with this new girl because they hadn’t known each other for that long and they were already in a relationship with each other. My client thought that she meant nothing to her ex, and I told her that she needed to stop the story telling going on in your head.

Yes, you’ve got fears and insecurities, and yes, the man you love left you and is with another woman. It’s normal that you’re upset, but you are in control of your actions right now.

What I’m about to say is very important: If you do not get these spiraling emotions under control, your ex is going to see their new partner as a better option simply because she is going to be more secure. Put yourself in your ex’s shoes. He’s not going to want to be in a relationship with someone who doesn’t seem like she could offer him a serene and positive relationship.

How to cope with being dumped by someone you love: Finding a sense of self worth again

When he leaves you for someone else, you need to focus on reestablishing a sense of well being and a sense of self worth before all else. You’ve received quite the blow, and it’s normal that you’d still be reeling from it.

But you must guard against competing with another woman for attention from your ex, and you cannot do this. You would be doing yourself a disservice.

Keep in mind that subconsciously, men will wonder about what it is that you are lacking the leads you to fixate on someone that is “taken” instead of finding someone who isn’t. It is off-putting, and he will try to get closer to his current. 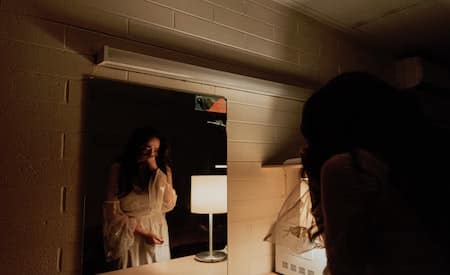 When you make a blatant effort to steal your ex from his new girlfriend, you begin playing a very dangerous game that is likely to backfire. In the majority of cases, I have seen this type of thing backfire and the result is that the ex in question gets pushed closer to his new girlfriend…

So instead of thinking about the two of them and wondering, “He left me for someone, will it last?!,” I want you to begin focusing solely on yourself.

Getting over being dumped by becoming the 2.0 version of yourself!

So instead of doing things that would solidify your ex’s bond with his new girlfriend as a team that have to go up against all the challenges you’re throwing their way, you need to detach yourself and focus on how you can grow from this and become a better version of yourself.

READ THIS
How to make an ex trust you again ?

The new and improved you is what is going to attract your ex back; not your attempts to pry him out of his new girlfriend’s arms.

Read that again. If there is one thing you take from this article, let it be that. The 2.0 version of the woman your ex fell in love with in the first place is what will bring him back; not an obvious attempt to break up his new relationship!

The more you are able to take a step back and avoid seeking validation, the more of an attractive challenge you will become in your ex’s eyes. Remember that human beings have a tendency to want what they cannot have, so if you can do this and prioritize your own well being, the odds that your ex will try to get close to you again will be very high.

Leaving a relationship for someone else: Handling things in a way that makes you more attractive to him…

Do not allow your ex to take you for granted. Because we tend to overvalue what we’ve lost and what we do not possess yet, focus on showing your ex that you have everything going for you and that he may have made a terrible decision in letting you go…

What to do when you get dumped: Make him understand that he’s lost you

Make him understand that he’s lost you and that you’re becoming the best version of yourself, and I can tell you that his interest will be sparked. The more you do this and the more diligent you are in terms of restoring and rebuilding your self confidence and making your life into what you’ve always wanted it to be, the more likely he will be to gravitate back towards you.

I like to remind my clients that they are more in control of the situation than they might realize, and the same goes for you! Do not underestimate your power in getting the results you want! You just need to be strict, patient, motivated, and persevere! Focus on nobody but yourself, and big things will start to happen!

As always, we are here to help so don’t hesitate to reach out.

Your coach when “He left me for another woman”