He Says He Misses Me But Doesn’t See Us Together! 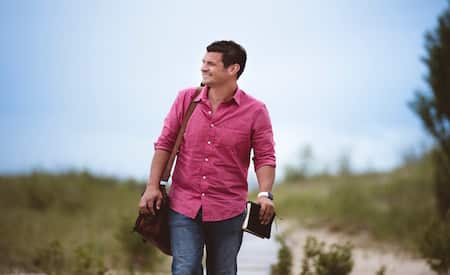 Talk about mixed emotions, huh? You’ve been talking to your ex boyfriend, the man who still has your heart, and he’s just told you that he misses you. For a moment there you could feel your heart swell. You miss him too! You still want to be together and to hear that he’s been missing you filled you with a sense of hope… Until he followed up with, “But I don’t see this working out between us.” You went from feeling a huge surge of joy to a huge surge of sadness and despair.

Now you’re left thinking, “If he says he misses me but doesn’t see us together, what do I do? What does that even mean?” I know that you might be feeling pretty disheartened and confused right now, so I wanted to write this article on how to navigate a situation like this.

First we are going to take a look at why your ex boyfriend might be saying this, and then we’ll discuss what exactly you can do about it! Don’t worry, anything is possible in love as long as you are truly motivated to put forth the effort.

He says he misses me but doesn’t see us getting together again: Why?

When two people break up, emotions run high. This isn’t news to you because you’re in the thick of it right now! You know full well that breakups serve up a hefty side of heartbreak, loss of self confidence, frustration and general negativity. There is a common misconception that the person who decided to end the relationship, which in this case is most likely your ex (but maybe not!), doesn’t feel all of the painful emotions that follow a breakup.

Everyone is affected by a breakup. Sometimes, a person experiences the barrage of emotions that accompany it right away, and other times a person will be able to suppress it for a while until it surges up later on. Interesting enough, men and women tend to process these emotions in different ways.

I have noticed that in many cases, women experience these emotions right after the breakup, and men are hit with it a week or two later. Of course there are exceptions to the rule and people have different ways of coping and different ways of experiencing these emotions, but the fact of the matter is this: sooner or later, a person will be faced with the pain of a breakup.

Another common misconception is that the person who left will not miss their ex. We are all human beings and when we love someone, those feelings don’t just evaporate into thin air from one day to the next. Even if we have our reasons for leaving, we can still miss someone.

So here is my point: If a man says he misses you, it means that he still cares about you, even if he had valid reasons for ending the relationship. This doesn’t mean that these reasons don’t exist anymore – it’s more about the constant battle between the brain and the heart. The brain says that there is solid evidence that you shouldn’t be together whereas the heart says that the emotions and the bond that developed between you are still there.

Sometimes, when a man says he misses you after a breakup, it’s because you two had to break up because of external circumstances. I was just talking to a client this morning who had to break up with her boyfriend because he had to move back to Australia. She is so heartbroken because all of the love is still there, but she lives in Paris and he is now in Australia… She said, “He says he misses me, what do I say? He told me that the distance is too great for us to be together.”

It’s a tough situation, but I am sharing it with you to illustrate how a breakup doesn’t mean that the feelings disappear. It does mean that there are concrete reasons for the breakup and your ex has not forgotten about those. Now, these issues vary from relationship to relationship, and there are always solutions. These solutions are going to be the key to making your ex say, “I miss you and I want you back!” Instead of saying he misses you but doesn’t see this going anywhere.

He misses me but doesn’t want me back…

As I was saying, the determining factor in whether or not he wants you back is going to be how the problems int the relationship can be addressed and remedied. Yes, he misses you. He still feels something for you and is nostalgic about the good times you shared, but right now the bad times outweigh them.

Your ex needs to see change if he’s going to change his mind regarding the relationship and the possibility of being together in the future again. So, when a guy says he misses you and you want him back, the first thing to do is to begin pinpointing what exactly went wrong in the relationship.

It’s important that you analyze the situation and think of anything else that there could be so that you can work on finding solutions for those things as well. For example, did you get a little but lazier in the relationship, did you stop maintaining your personal life, or did you maybe take him for granted ? 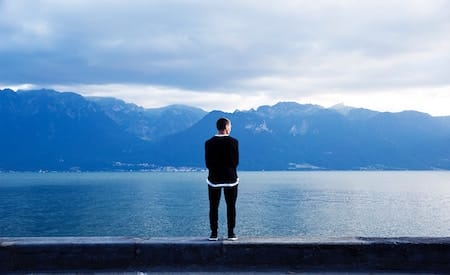 READ THIS
I want to date my ex again so what next?

It’s important to really take the time to think about these things. If you want him back, you have to make sure that you’ll be able to propose an entirely new relationship. He’s not going to want to step back into a relationship that is identical to the one that didn’t work – because you both know how that one ended.

I know it’s hard to hear when a man says “I miss you but I don’t see this working,” but don’t forget the silver lining: he MISSES you! This is already huge. So many of my clients are working very hard to get their exes to begin missing them, and you’ve already surpassed this step! Your job is now to convince and prove to your ex that the relationship can work, because you’re doing the work to ensure it…

When a guy says he misses you but isn’t saying he wants you back, here’s what to do

I’d like you to take a piece of paper and divide it into two columns. On the left, begin to list out all the problems that you and your ex were experiencing in the relationship. Really think about this and like I said above, make sure you think about underlying issues as well. Take your time with this so that you can really analyze the situation.

Next, begin writing down solutions to each problem in the left column on the page. For example, if you know that you got lazy in the relationship and stopped taking care of yourself and doing things that benefit your well-being (your hobbies, yoga, seeing friends), write a comprehensive list of all the things that you can begin implementing in your life once again.

Seeing these things clearly written out in front of you can give you motivation and clarity, while keeping you on track towards your goals.

Now is the time to reinvent yourself so that you can become the best version of yourself. There are various tools available to you to help with this like the no contact rule, as you can always reach out to us for one on one guidance.

The ultimate goal is to make your ex miss you and want you back by making him fear losing you for good. Your life has to look so enticing that he would be a fool to pass up the opportunity to be the man by your side.

For more in-depth information on how exactly to make him want you back, all you have to do is click here!

Your coach when he says he misses you