How To Tell Your Ex You Want Him Back: 3 Techniques 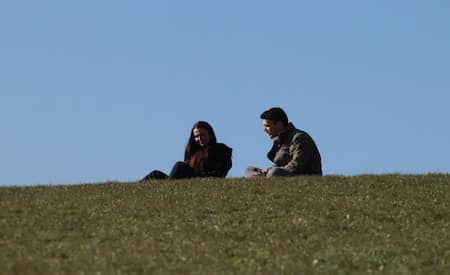 That’s it, you’ve decided. This is the man you want to be with and you want your ex back. Maybe the breakup is fresh and you can’t stomach the idea of losing him from your life forever, or maybe a few months (or even years!) have passed and you’ve come to understand that he is the one for you. Regardless of how much time has passed since your breakup, you know that you’re ready to start figuring out how to tell him.

Right about now, you’re probably wracking your brain on exactly how to tell your ex you want him back… It’s pretty daunting and you’re afraid of rejection, so how do people do this? What’s the best way? Is there anything you can do to reduce the chances of being rejected by him and improve the odds of him wanting you back?

You’ve come to the right place because I am going to tell you exactly how to work up to telling him you want him back. I do want to mention that this is going to require patience and self control… You don’t want to jump the gun and rush things, because then you risk not getting the results you wanted. So without further ado, let’s get started!

I want my ex boyfriend back: Step #1

Before we dive into the how-to’s, I want to make sure we take a moment to talk about the reasons behind wanting an ex back. As an expert in bringing people back together, you can imagine how often I see people that want their ex back for the wrong reasons. I often see that people feel that they can’t live without their ex, and that’s why they want them back.

Many people are afraid of being alone and would rather be in an unhappy relationship than be single. I also often see emotional dependency. Some people let all of their happiness and wellbeing depend on another person, so they want to get their ex boyfriend back because they feel like they can’t be happy without him.

This is a very dangerous way to think because you are setting yourself up for a lot of anxiety, and you’re putting the odds against getting your ex back. Whats more, if you do get him back, emotional dependence fosters unbalance an unease in a relationship, therefore considerably shortening its shelf life.


If you know deep down that getting him back is not going to improve your quality of life, it’s time to shift gears and head in a different direction.

If you know that telling your ex boyfriend that you want him back and getting him back is going to add a considerable amount of joy to your life, and if you’re really willing to do what it takes to make that happen, let’s dive into how to get the ball rolling!

How to tell your ex you want him back…

When it comes to what to say to an ex to win him back, you’re going to have to set the stage. It’s not as simple as just going up to him and saying, “Hey! I’ve been missing you. Let’s be together again.”

That would be too easy. Besides, the more time that has passed since the breakup, the more you’re going to have to plan out your approach. Let’s say you’ve been broken up for six months. You can’t just waltz up to him and say, “Hey! How’ve you been? Listen, I know it’s been a while and a lot has happened, but let’s be boyfriend-girlfriend again.”

READ THIS
Does kissing an ex mean you’re back together?

It’s crucial that you start making the effort to lay a new foundation if you want to repair your relationship but also ensure that you don’t wind up going down the same road again. Once you’re ready to propose a new relationship to your ex, you have to make sure that you’ve done the work to rectify bad habits that you have that may have lead to the breakup, and that you’ve made changes in your life that allow for more wellbeing and balance.

You want him to understand that you’ve learned from what happened between you, and that it served as a catalyst for positive change in your life. You’ve grown and have done what was necessary to become the ideal partner for him. Besides, he fell in love with you once, you know it can happen again.

So the very first step for how to get a boy back is to actually set him aside and start focusing solely on yourself. I know, I know, that might sound a bit counterintuitive, but it’s actually the key for getting him back. It’s crucial that you work on analyzing what elements of your life could be improved, and what elements contributed to the breakup.

A breakup doesn’t happen out of the blue, and both partners are responsible. It’s never only one person’s fault. You are in control of your own actions, so make sure that you take some time to think about what kind of improvements you could make. 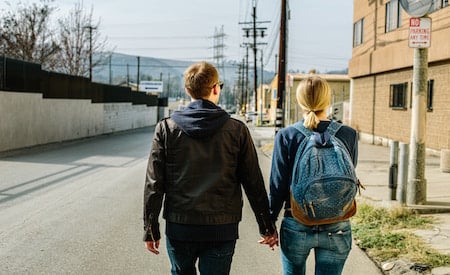 If you haven’t done so already, or if you aren’t familiar with this yet, I encourage you to use the no contact rule. This technique is designed to give you that time and space to do this introspection, but it also allows you to give your ex an electroshock.

Up until now, chances are that he’s grown accustomed to always having you around. Unfortunately, human beings have a nasty habit of taking others for granted. When something is handed to you on a silver platter, you’re going to appreciate it much less than if you had to really work for it.

You cut communication with him or her for a certain amount of time, and suddenly they’re going to realize that you’re not at their beck and call anymore. They’re going to start to realize that maybe they took you for granted and should have acted differently when you were still around. Human nature is interesting; when something is abruptly taken away from us, we immediately want it back.

If your ex suddenly realizes that you’re not around anymore like you always were, they will start to develop an urge to reach out to you. They’ll be pining for your attention again, and they’ll begin to miss the validation they felt when you did everything they wanted you to do. You’re not turning the tables and making him or her think about you more, and eventually begin to miss you.

READ THIS
Listening to friends and family after a breakup can be risky!

While you do this, it’s crucial that you work hard to improve your life and become a new and improved version of yourself. This is the key for making this technique work. You might have gotten used to doing too much in a relationship, but that doesn’t mean that you can’t change that now.

Once you’ve done the work to ensure that you’re improving your quality of life and can offer longterm, concrete solutions to your exit the future, you can begin to make your way towards getting back in touch.

One of the best ways to do this is by writing him a letter. And I don’t mean a ten page latter presenting how hurt you are or how much you miss him. The goal of this letter is to be positive and to highlight the improvements you’ve made, what you’ve come to understand, and how you’re working on improving the future.

1. How you’ve recognized your own shortcomings (both people are responsible for the breakup)
2. Thanking him for helping you recognize these shortcomings
3. Apologizing for not recognizing them in the relationship
4. The fact that now you understand and you are currently working on rectifying them
5. Communicating how you’re making longterm improvements and finding solutions

How to win your ex boyfriend back: Telling him vs showing him

When it comes to getting him back, I want you to remember that actions speak louder than words, always. You can tell him that you want him back and that you miss him, but if you aren’t doing things that prove to him that he could be happy with you, he’s not going to want to come back.

You’re going to have to show him that his life would be better with you in it. 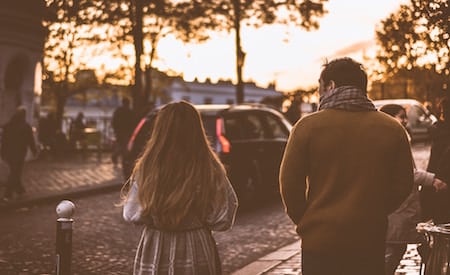 Make this time count and take advantage of the distance between you so that you can make an even better comeback.

I often remind my clients that sometimes a breakup is the absolute best thing that can happen to a couple, simply because it serves as a real electroshock. It wakes you up and makes you realize how badly you actually want to be with this person, and what you’re willing to do to make that happen.

It’s not so much about how to tell your ex you want him back as much as it’s about showing him that you two could be happy together.

I know that every relationship is unique, so please don’t hesitate to get in touch with me or with a member of my team so that we can create a custom action plan together. Don’t worry, you can get him back – you just have to get organized and set out on this mission! We are here to help you every step of the way.